After Alaska I had to nurse my frostbitten toes for a couple weeks before climbing on them. Since then I have been mostly just rock climbing, at Index, Squamish and Skaha, but have made it up into the alpine a couple times - for a ski descent of Tahoma's (aka Mt. Rainier) Edmunds Headwall, and a climb of the North Rib of Slesse.

I hiked in to the northwest side of Tahoma on Bastille Day, July 14, with my brother, Booth, and our Spanish-British friend, Eduardo Blanchard Wrigglesworth. We planned to climb and ski the Edmunds Headwall, marked in red, on the right side of the Mowich Face: 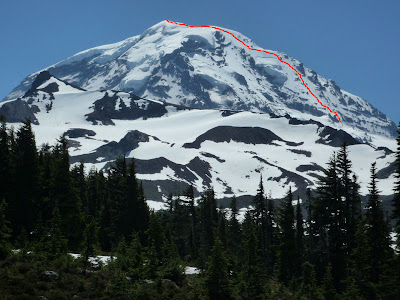 We slept on the lower slopes of Ptarmigan Ridge, and crossed the Mowich Glacier in the morning on a semi-early schedule. Los hermanos Haley descansan en la pared: 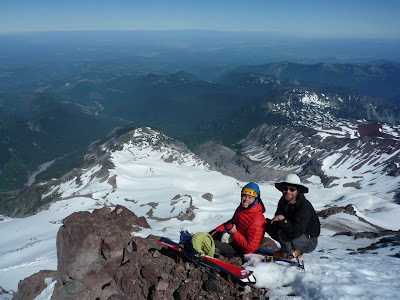 Eduardo climbing up the Edmunds Headwall: 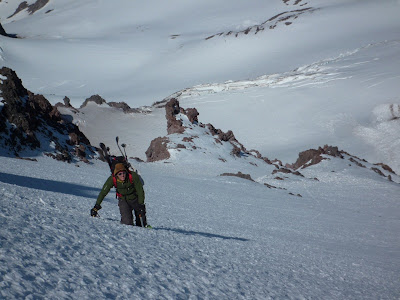 Colin, Eduardo and Booth on the north summit of Tahoma, Liberty Cap: 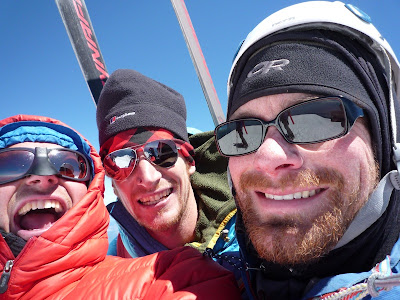 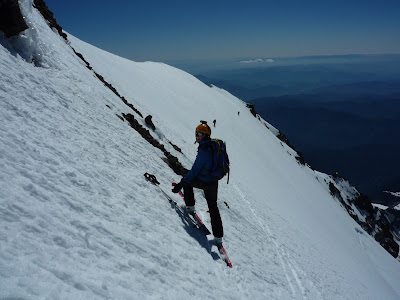 Booth on the upper Edmunds Headwall: 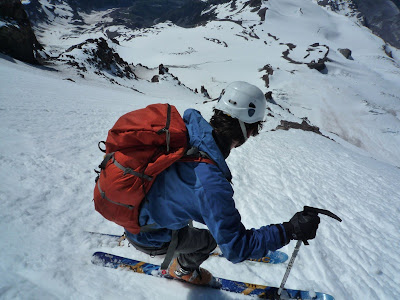 Despite the reputation of the Mowich Face as a serious ski descent, there was only one short section of 50 degrees, and most of the descent was about 40 degrees. It was comparable to the Northeast Face of Les Courtes in Chamonix, just with a longer approach. Booth letting loose on the Edmunds Headwall: 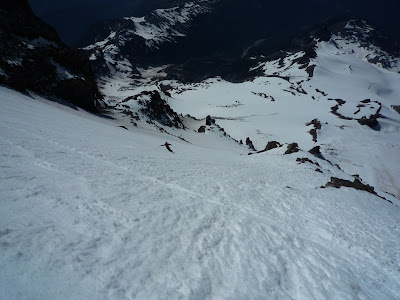 I spent last weekend at Mt. Slesse, one of North America's greatest peaks. Nick Elson and I climbed the Complete North Rib, a Jeff Lowe route to the right of the popular Northeast Buttress. Slesse in the morning light, with the complete North Rib marked: 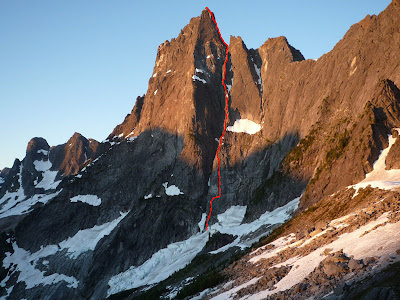 Nick coming up the North Slesse Glacier, with the Nesakwatch Spires across the valley behind: 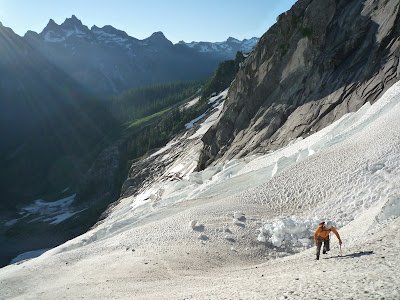 Nick coming up some slabs on the lower portion of the North Rib. The rock here is good, but quite compact, making for some moderate but runout climbing. 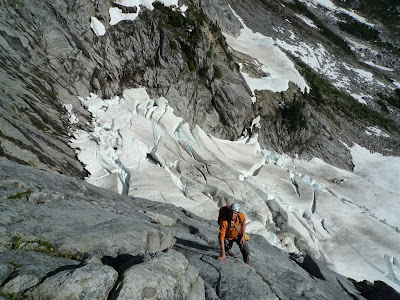 The rock on the lower portion of the North Rib is all good granite. Some of it is licheny and some of it is loose, because the route sees little traffic, but it is solid in general. If the route saw anywhere close to the amount of traffic on the Northeast Buttress it would be very high quality rock climbing. Colin mid-way up the North Rib: 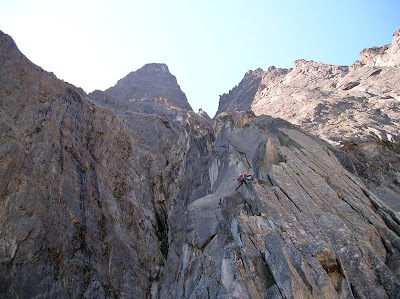 When you arrive at the notch the upper North Rib looks really chossy, but don't be fooled - it is surprisingly solid, fun climbing. My recently-recovered toes couldn't take rock shoes anymore, so fortunately Nick was happy to take the last block up to the summit and I could follow in my approach shoes. Nick on the Upper North Rib: 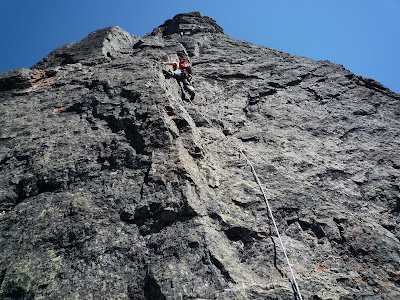 Sara and Seth working on the Crossover trail: 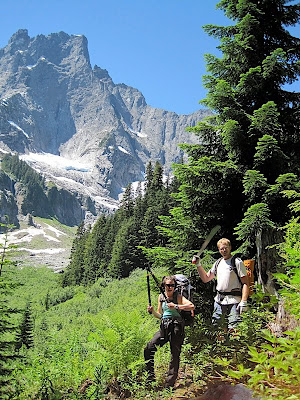