In the past couple weeks I've been mostly just rock climbing, but made a couple quick trips into local mountains. First, my dad, brother and I made a reunion climb of the West Ridge of Forbidden Peak - a climb that we did all together fifteen years ago, and was an experience that really sparked my passion for climbing mountains.

Afterwards, I went into the Tantalus Range, just outside of Squamish, with my girlfriend, Sarah Hart, along with Bruce Kay and Chris Christie. In two rope-teams of two we climbed the south face of Dione, by an alpine sport-route established last year.

My dad, Jeff, my brother, Booth, and myself at our camp in Boston Basin, with the awesome north face of Mt. Johannesberg in the background. We adhered to a family tradition of carrying a pie to the bivy: 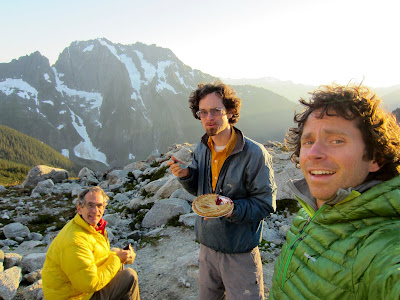 Jeff and Booth on the small glacier below the south face of Forbidden, with morning alpenglow on Jo-berg and other Cascade Pass peaks: 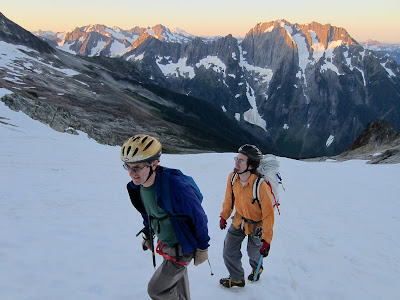 Booth below the West Ridge Couloir, which was quite broken up. This late in the season it is certainly easier to just climb the rock to the left of the couloir, but climbing the couloir itself maintains the mixed alpine nature of the classic route! 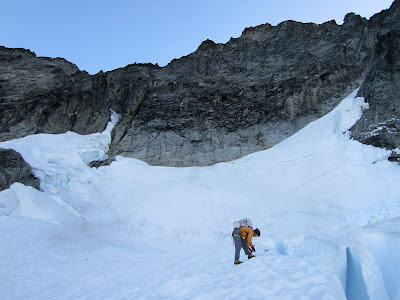 Jeff coming up the glacier, with Jo-berg behind: 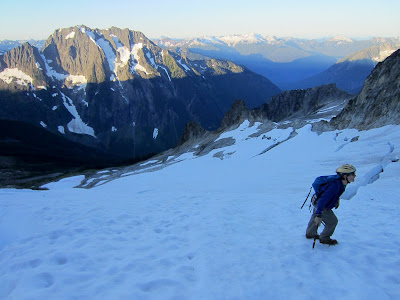 Booth and Jeff climbing in the moat of the West Ridge Couloir: 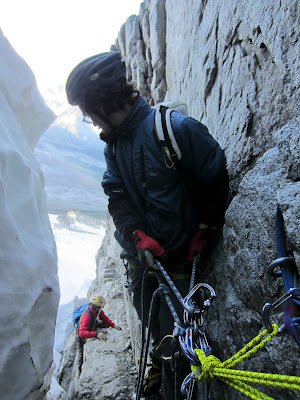 Jeff on the West Ridge, with Mt. Torment and Eldorado Peak in the background: 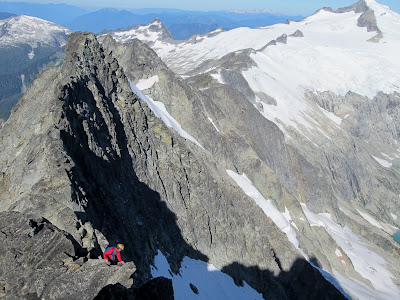 Booth on the West Ridge, with Eldorado Peak and Moraine Lake behind, and Mt. Shuksan in the distance: 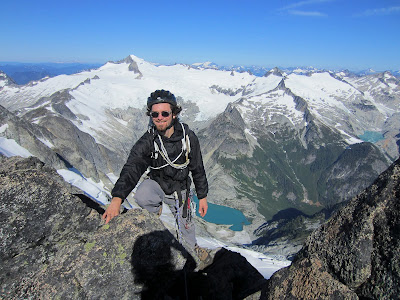 Dad and bro taking a break on the West Ridge, trying to re-create a photo from our ascent fifteen years earlier: 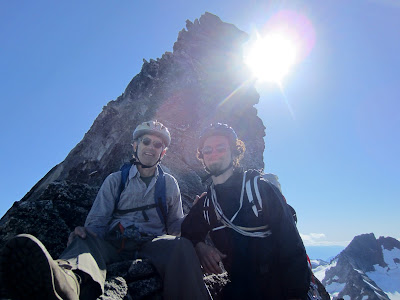 My dad is now 63 years old, but he can high-step better than I can! Down-climbing a gendarme just before the summit: 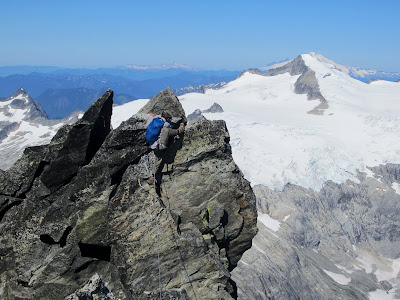 Hombres Haley on the summit of Forbidden: 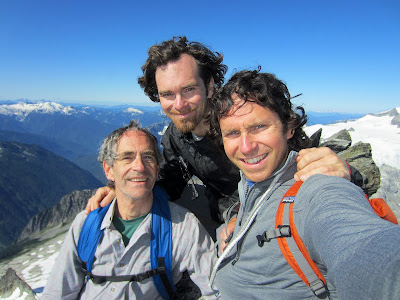 One of the short rappels on the northeast ledges descent route: 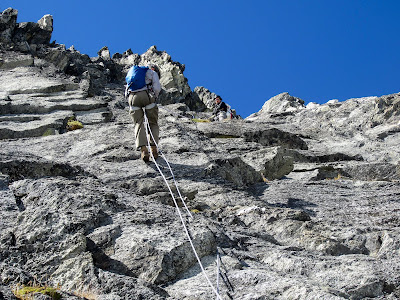 My dad and brother were both using pretty old boots, and it would be the last climb for both pairs: 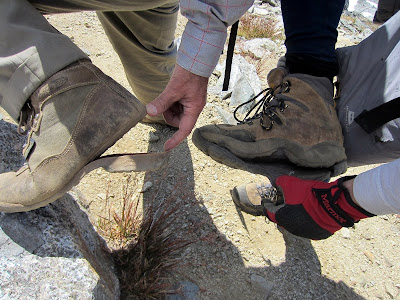 Haley bros on the descent, trying to re-create an old photo: 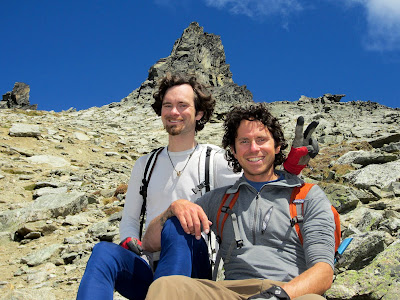 OK, these boots are really done for now! 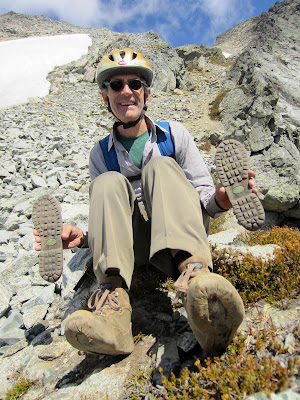 Bruce Kay on the first pitch of the south face of Dione: 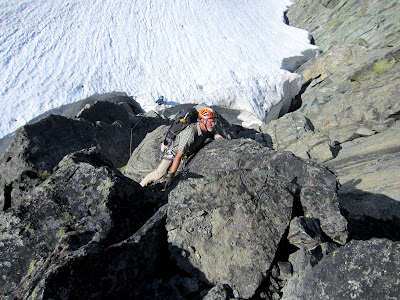 Sarah leading on the south face of Dione. The lower half of the route was mediocre, but the upper pitches make it worthwhile. Photo by Chris Christie: 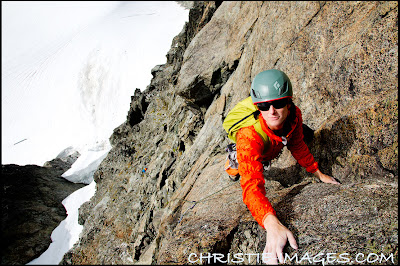 Colin leading on the south face of Dione. Photo by Chris Christie: 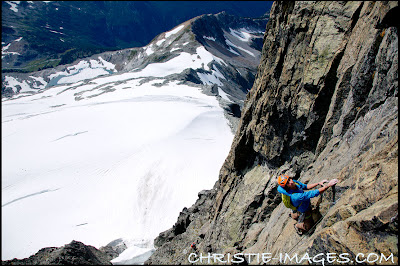 Sarah leading near the top of the route. Photo by Chris Christie: 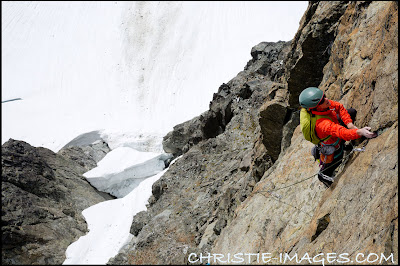 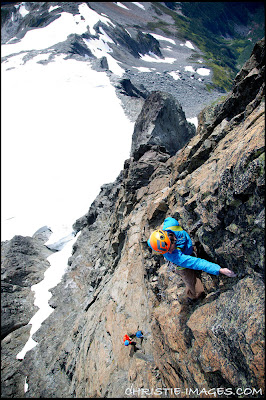 Bruce Kay on the descent of the SE Ridge of Dione: 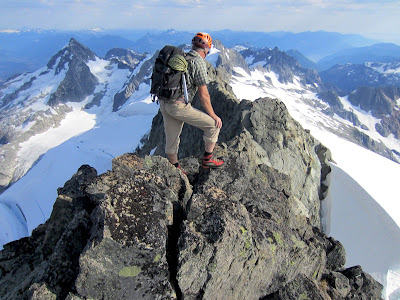 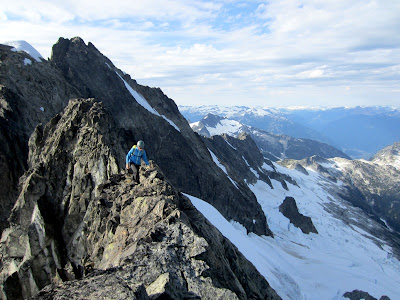 Chris Christie hiking back to our camp at the Red Tit Col, with the south side of Dione in the background. Photo by Sarah Hart: 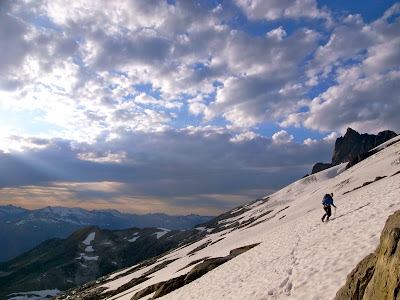 Colin above Lake Lovely Water on the hike out to Squamish. Photo by Sarah Hart: 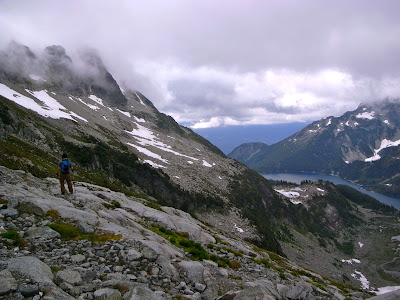