My last two forays into the mountains of the Fitz Roy massif were to attempt a natural line on the Southeast Ridge of Cerro Torre. Zack Smith and I made an attempt that was thwarted by iffy weather, and a week later I made another attempt with Rolando Garibotti and Doerte Pietron, to the exact same highpoint, and again turned back by poor weather.

The Southeast Ridge of Cerro Torre, viewed from the shoulder: 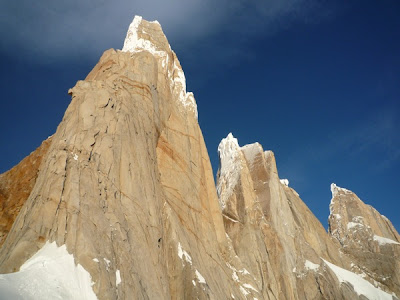 Zack arriving at the shoulder, with Fitz Roy behind: 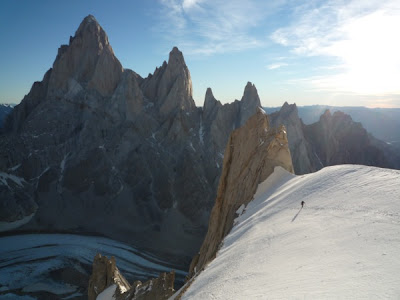 Zack at the shoulder: 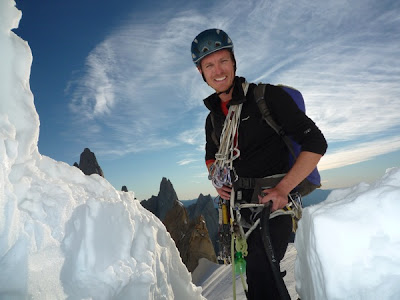 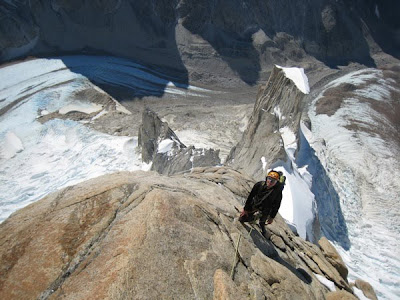 Zack climbing on the Southeast Ridge, surrounded by Maestri insanity (click to enlarge): 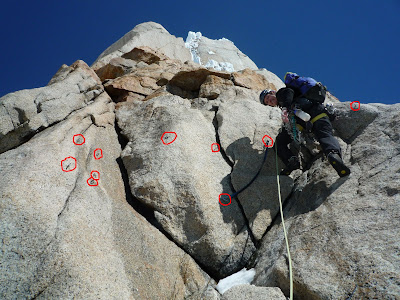 Zack leading the first pitch of the Salvaterra variation (a beautiful A1 crack), with Maestri's insanity heading out towards blank rock to the right of the ridge (click to enlarge): 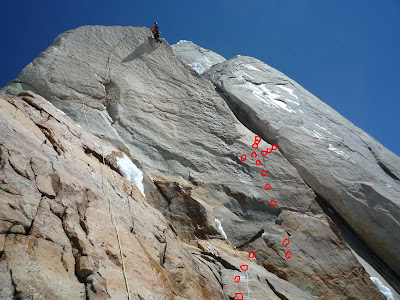 Zack and myself at a belay station on the Salvaterra variation: 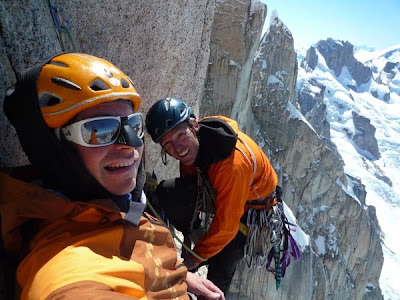 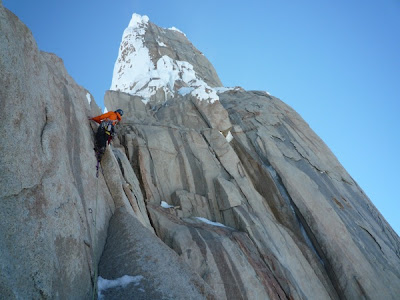 During the second attempt, Rolo and Doerte at the "Banana Crack:" 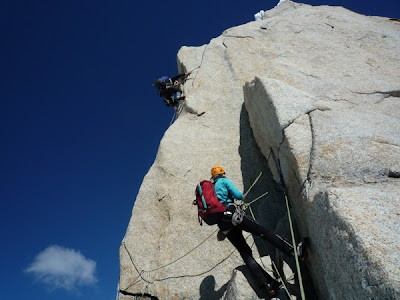 Rolo on the Salvaterra variation: 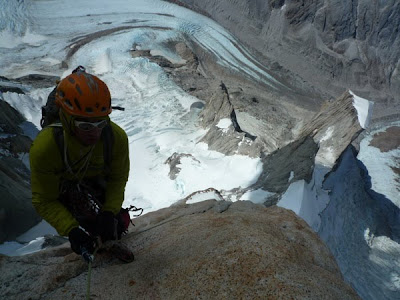 Rolo rappelling down the Salvaterra variation: 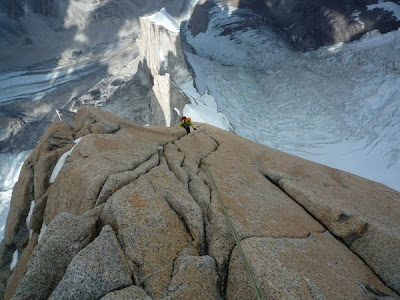 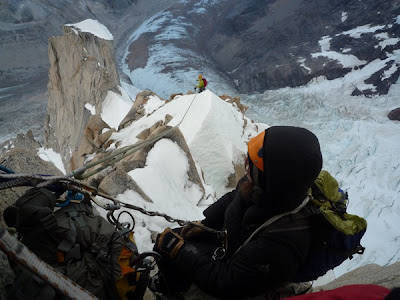