For the past couple weeks in El Chalten my climbing has been mostly limited to sport climbing at El Calamar, Chalten's best crag. However, I have gotten a couple day-trips in to climb Aguja Guillaumet. When the weather forecast is marginal, and a day of approaching and camping in storm isn't appealing, a long day trip is often the best choice, and since Aguja Guillaumet has one of the shortest approaches of the mountains here, it is a logical option for a day trip. Climbing Guillaumet in a day from El Chalten is probably comparable to climbing Snowpatch Spire in a day from Golden, B.C.

The first Guillaumet lap was with Spanish climbing-machine Manu Cordova. Both of us had just hiked out from foiled forays in the Torre Valley, and after seeing the updated weather forecast, we hatched Guillaumet plans at midnight over pizzas. After a couple hours of sleep we took off for a climb of Guillaumet's classic first-ascent route: the Comesaña-Fonrouge, on a day that turned out to have better-than-expected weather.

The second Guillaumet lap, now my eighth trip to the summit of Chalten's most accessible spire, was with Canadian Rockies hardman Jon MF'ing Walsh. Jon is joining me down here for a few weeks, hopefully with lots of climbing, although the weather is quite unsettled for now. We climbed Guillaumet via the Guillot-Conqueugniot on a fairly stormy day. When we topped out on Guillaumet Jon had been in Chalten for almost exactly 48 hours, and we had already spent two afternoons sessioning crimpy sport climbs at El Calamar!

Looking up at the northwest side of Aguja Guillaumet. Photo by Manu Cordova: 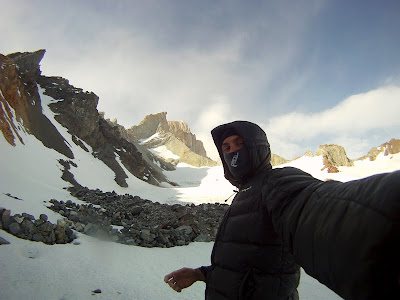 Manu leading the classic traverse pitch on the Comesaña-Fonrouge: 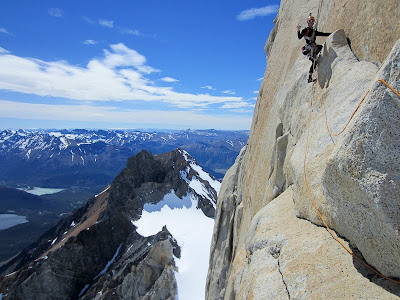 Colin following a pitch on the Comesaña-Fonrouge. Photo by Manu Cordova: 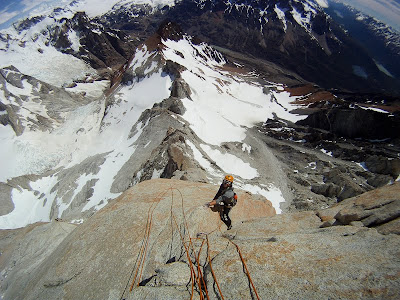 We forgot to take a cheesy self-portrait on the summit itself, so we snapped this one while already part-way down the descent. Photo by Manu Cordova: 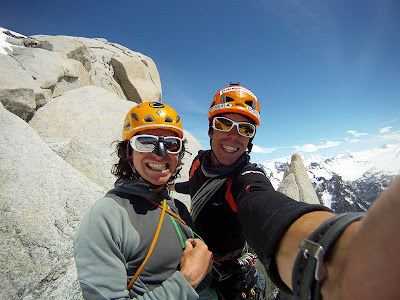 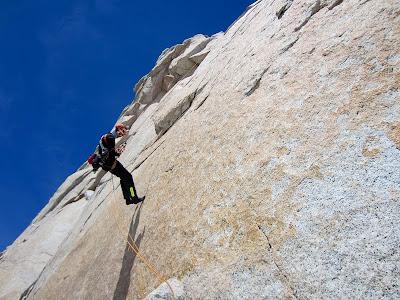 Jon coming up to Paso Guillaumet in colder conditions: 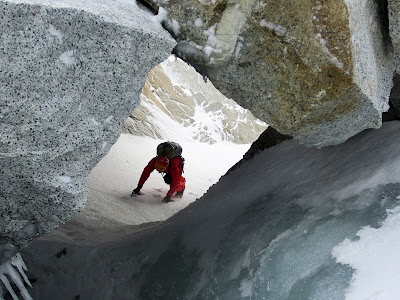 Nice ambience below the east face of Guillaumet, looking across at the east faces of Aguja Mermoz and Fitz Roy: 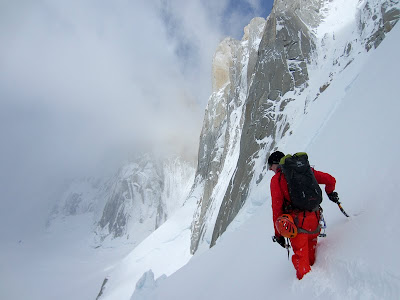 Slogging up to the bergschrund, with Cerro Electrico behind: 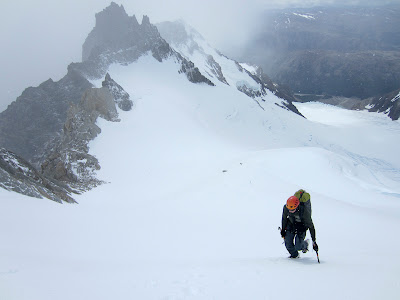 Jon in the Guillot-Conqueugniot gully: 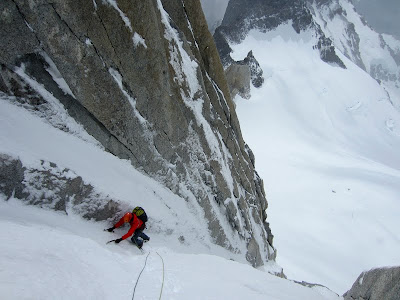 Jon reaching the top of the Guillot-Conqueugniot gully: 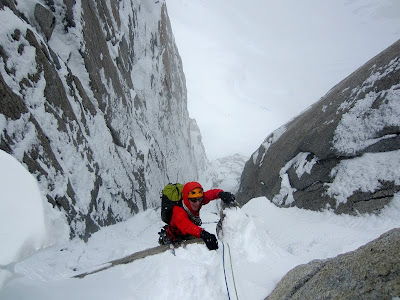 Plenty of blowing snow in the air on the last 5th-class pitch: 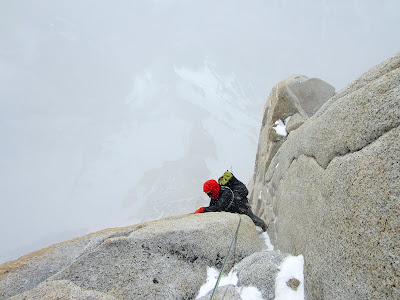 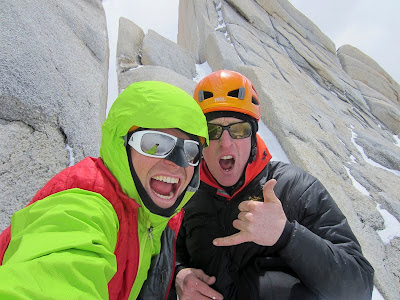 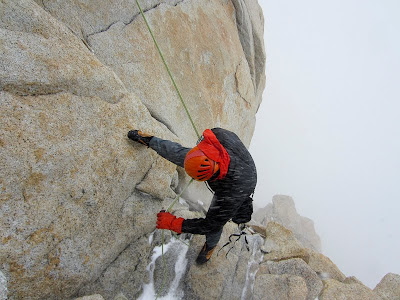