During the past few weeks I have spent most of my time in Squamish, trying to progress my rock free-climbing skills. I have also been teaching myself how to rope solo, and after practicing on some smaller routes I soloed the Grand Wall and University Wall. I have made a couple forays into the mountains, however - twice to Mt. Slesse with Sarah Hart.

In August we climbed the Northeast Buttress. The Nesakwatch Creek Road was in bad shape, and we had to walk the last few kilometers to the trailhead. The slabs from the propellor cairn to the 4th-class notch in the lower East Buttress were covered in ice blocks, and we almost decided to turn back because of them. The Pocket Glacier itself was in very bad shape, and we had to climb 4-5 pitches of difficult climbing to gain the 3rd-class ramp that is normally used to access the Northeast Buttress. The Northeast Buttress itself went excellently, and the Crossover Pass descent trail that we made last summer is in good shape.

Yesterday we went back to Slesse, with plans to climb the East Buttress (1993 Beckham-Child route). The East Buttress looked quite wet, so we instead climbed the South Peak by a combination of the Southeast Buttress and the gully between the South Peak and the Third Peak. We visited the site of the plane crash, which was an intense experience. We again descended via the Crossover descent.

Fortunately, sometime around the last few days of August, the road up Nesakwatch creek was re-graded, and you can currently drive all the way to the trailhead (the new trailhead, circa 2005, not the old one) in a Subaru.

We plan to go back to Slesse on Saturday, Sept. 17 to work on the trail. The trail has become very overgrown with bushes the past few years, and it is a shame that the access to such an awesome peak isn’t better maintained. If you are interested in helping with the trailwork, send me an e-mail (colinhaley1 AT gmail) with “Slesse Trail Work” in the subject line. Anyone involved will bring their own tools - mostly clippers/loppers will be useful. Even if you’ve never climbed Slesse before, it could be a nice way to learn the access and approach. If the weather is still good, anyone can sleep out on Saturday to climb Slesse on Sunday.


Sarah passing the snow-covered propeller cairn in August. There was much more snow on the ground than typical for the date: 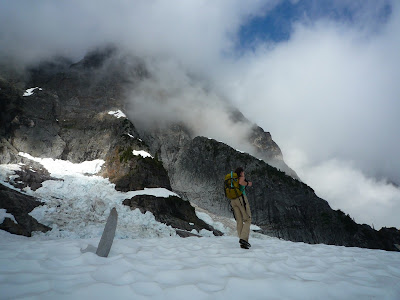 The condition of the pocket glacier in August: 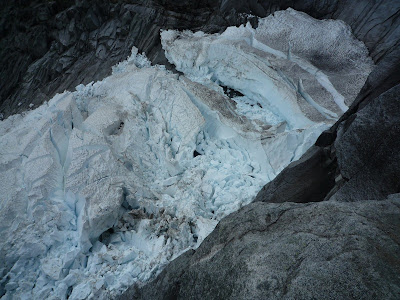 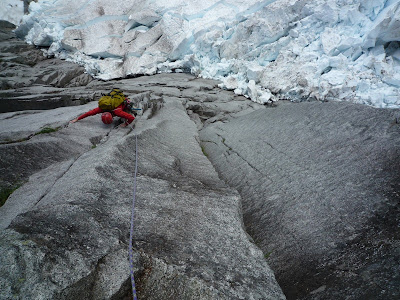 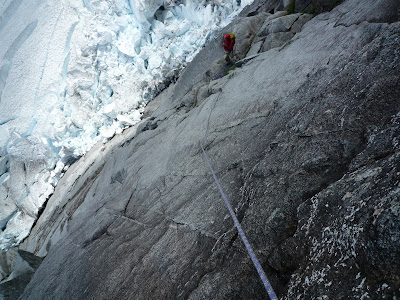 Sarah on the Northeast Buttress above the 5.10 direct variation: 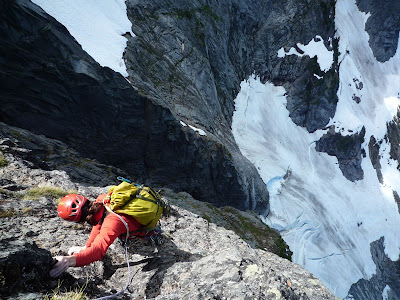 High on the Northeast Buttress in the mist: 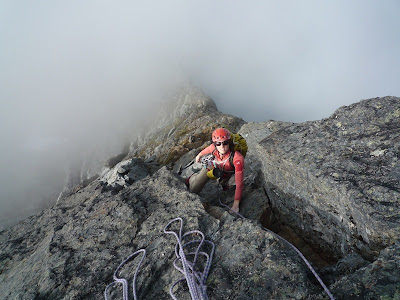 Sarah on the summit of Mt. Slesse: 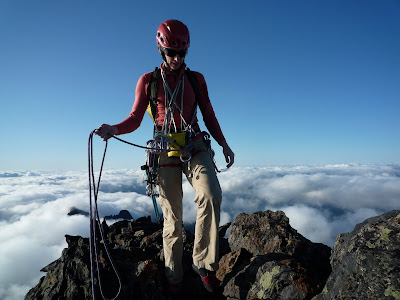 After returning to Slesse, Sarah starting up our climb of the South Peak: 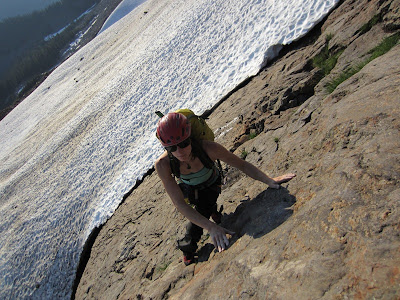 Halfway up the southeast side of the South Peak: 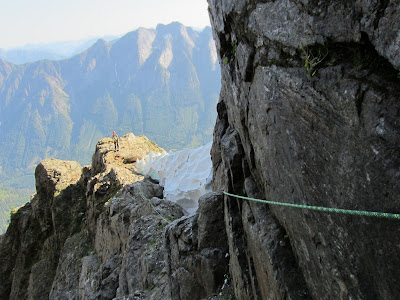 Sarah nearing the summit of the South Peak of Slesse: 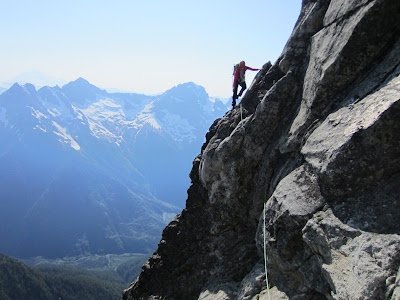 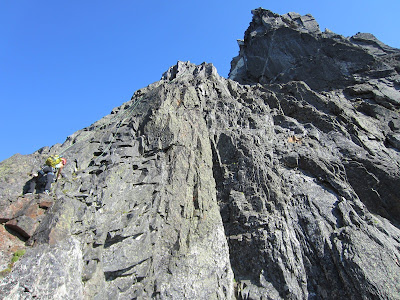 An evening view back towards Slesse from the Crossover descent route: 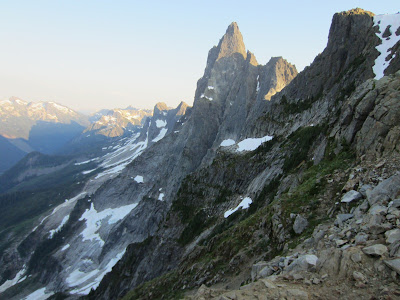